Housing prices stayed in positive territory despite coronavirus hitting large swathes of the economy in March.

The CoreLogic Hedonic Index saw housing values climb in the first half of March but as social distancing measures kicked in through the final two weeks, that growth began to weaken.

This as the Commonwealth Bank, one of the nation’s Big Four, expected home values to weather the crisis better than most other indicators. 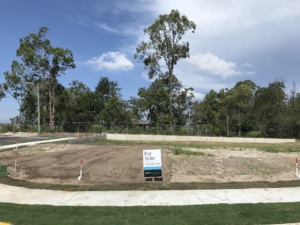 “Bank policies to allow mortgage holders to defer mortgage payments during the crisis is expected to reduce the number of distressed sales on the market, this will help buffer falls in property prices,” the Commonwealth Bank report said. “Lower sales volumes and buying volumes could see the property market effectively enter hibernation with limited impact on property prices.”

CoreLogic research head Tim Lawless said Australia’s housing markets had entered “a period of disruption” but did so off “a strong foundation”.

“The housing market won’t be immune to a drop in sentiment and weaker economy, however the extent of the impact on dwelling values remains highly uncertain,” Mr Lawless said. “Capital growth trends will be contingent on how long it takes to contain the virus, and whether additional constraints on business or personal activity are introduced.”

He agreed that home values could weather the downturn better than other indicators because the number of home sales was expected to drop, and due to lending measures and government stimulus helping homeowners.

“Considering the temporary nature of this crisis, along with unprecedented levels of government stimulus, leniency from lenders for distressed borrowers and record low interest rates, housing values are likely to more be insulated than sales activity,” he said.

“The extent of any fall in housing values is impossible to fathom without first understanding the length of time this health and economic crisis persists. Arguably, the longer it takes to contain the virus and bring economic operations back to normal, the higher the downside risk to housing values.”

Commonwealth Bank expected to review its property price forecasts “in due course”.

“We believe that mortgage rates, consumer sentiment, new lending and auction clearance rates are the best indicators of the direction of dwelling prices. But with volumes now so thin previous relationships may not hold, particularly the relationship between new lending and prices. Based on the current movement of all but mortgage rates there does suggest there is downside risk to dwelling prices forthcoming.” Source: realestate.com.au

Coronavirus: Can I still sell my house? FAQs on how COVID-19 affects the housing...
Scroll to top